How Much Sleep Do You Get In Marine Boot Camp

Becoming a marine is an achievement in itself. There are many questions that the potential marine recruit has, and for a good reason.

The rigors of marine boot camp are notoriously tough, not just on your body but your sleep as well.

According to Marine Corps boot camp, sleep should be eight hours. During basic training, however, sleep patterns will change. A recruit assigned to a garrison can expect to sleep 8 hours each night, and recruits generally wake up at 0400 hours when training in the field.

If you think marine boot camp will be a walk in the park, think again, these guys are some of the most well-trained and disciplined individuals in any armed service worldwide.

If you are wondering if a marine recruit will be deprived of sleep, read on.

What To Expect In Boot Camp

Expect your training to be in cycles, and your performance is constantly evaluated to determine if you are a suitable candidate for the marines.

One thing for sure is everything you experience at marine boot camp is going to suck.

Get your mindset right. You are going to be challenged physically and mentally for the next 13 weeks.

Never been shouted at? You are in for a big shock. From the moment you arrive, the drill instructors will never speak to you like a human. All commands and instructions are given, shouting.

What’s more, you are expected to reply with an equally loud voice, so your trainer or commander knows you have understood the instructions.

Why Is Marine Boot Camp So Relentless In Being Tough?

The marine boot camp will prepare you for what may come in the future. At some point through your career as a marine, you will be deployed, and that deployment may see you sleeping in a desert or muddy ditch while the enemy is firing at you.

Once you walk through the silver hatches, you are processed and sent to your training platoon.

After graduation, you will commit to a minimum of four years of service.

There are some strange procedures to endure. Typically, when you are processed, you must make a phone call to a family member or your recruiter confirming you have arrived at boot camp.

Don’t think you will be having a pleasant chat with your loved ones. There is a script you will read, and that’s the most you can say.

Marine boot camp intends to sort the men from the boys and prepare you for extremes that are possible to be experienced by a marine.

You will come across different platoons and different stages of their training. One thing’s for sure the day you finish marine boot camp, and you will be a new person.

How Much Sleep Will I Get In Boot Camp?

Your sleep patterns will vary, but the marines generally recognize you need  8 hours of sleep every night.

Sounds perfect, just like being a civilian! Not so fast, marine boot camp has a particular idea about the hours you keep, and now you are training to become a marine. You will sleep and wake when you are told to.

Most marines start the day at reveille, the wake-up call, you can expect reveille at 0400, that’s 4.00 am to you and me.

Did I mention sleep will be in cycles? Although the marine boot camp understands your need for sleep, combat-ready marines may not sleep for a day.

Field training is sleeping under the stars in all weathers, so if this is not your thing, you will not sleep well until you can adapt to this environment.

Guess what? They devised an exercise for you to experience what it’s like to be without sleep and still perform at the highest level.

Some marine corps recruits will be assigned duties that will keep them up through the night, such as fire watch.

You may be required to prepare for the next day’s training while your fellow recruits sleep soundly.

That’s normal when you are sleep-deprived, but never fear the marine boot camp is not signaling you out. Everyone will get their turn to enjoy the experience.

How Tough Is The Training?

It depends on each recruit. If in civilian life you were a couch potato, the training at marine boot camp will be a shock to your system.

Training in marine boot camp is progressive, allowing less physically fit recruits to catch up on their fitness levels.

Some exercises will challenge you physically and mentally, and you need a combination of both skills to become a good marine.

There are no set hours as a recruit, and you need to go with the flow and take orders.

Wake at a moment’s notice and put your uniform on and start performing the tasks given.

You have progressed and adapted to your new environment through the past 13 weeks. Congratulations. You are almost there.

However, save enough stamina for the 54 hours of exercise that will challenge everything you have learned over the past 13 weeks in marine boot camp.

Your physical stamina will be pushed to the limit, and you will be expected to operate as a professional marine.

You will navigate with precision, handle your weapons with confidence and skill to hit a target.

All of this will be conducted while you are sleep deprived, hungry and in some cases disorientated.

Once completed, the only thing remaining is to receive your well-earned converted eagle globe and anchor logo that is recognized and revered the world over as a sign of toughness and readiness to enter combat at a moment’s notice.

What time do marines go to bed

The United States Marine Corps (USMC) has strict regulations regarding sleep and rest for its service members. The specific bedtime for Marines will depend on their duty schedule, but generally, they are expected to get at least 8 hours of sleep per night, and to maintain a consistent sleep schedule.

During field exercises or deployment, sleep schedules can be disrupted and the service members may be required to sleep at unusual times or in less-than-ideal conditions.

It’s important to note that the USMC places a high emphasis on the importance of adequate sleep for the physical and mental well-being of its service members, and encourages them to prioritize sleep as a part of maintaining their readiness. 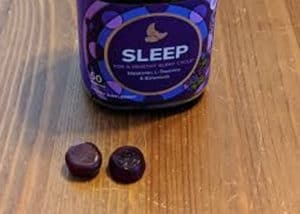 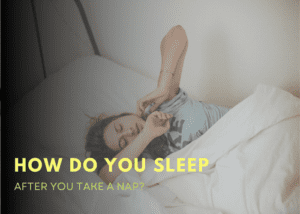 How Do You Sleep After You Take A Nap? 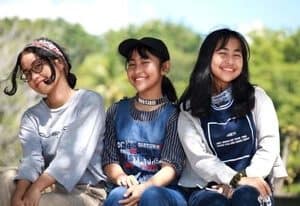