How to Sleep In A Car Without the Alarm Going Off

You probably haven’t experienced how highly sensitive your car alarm is, nor how hard it can be to immobilize unless you’ve tried sleeping in your car or sitting in it for a long time.

The operation of car alarm systems varies depending on the vehicle manufacturer. You may face different challenges if your car is old and your alarm is aftermarket installed.

Depending on the age of the vehicle, there are standard techniques for preventing your alarm from going off. To start, just push your key into the ignition switch and turn the key to ACC. Your accessories, such as radio and USB ports, will work, and your battery shouldn’t be drained (much).

Sleeping in Your Car

Car alarms can be sensitive and set off with minimal movement, so sleeping in your car can be a problematic option depending on your car’s manufacturer.

If you prefer not to use the ignition key for safety reasons, locking the car doors manually from the inside will immobilize the alarm system.

If it does not work, you may only have the easy use of the ACC key position.

Will My Car Alarm Go Off If I’m Inside?

Modern cars have sensitive alarm systems so, to prevent the alarm from triggering, place your key in the ignition and turn counterclockwise to the ACC position. Your alarm is now immobilized and recognizes you are in the vehicle.

How Do You Sleep In A Keyless Entry Car?

If your car is relatively new, you may have a keyless entry. If the key is in your pocket, the doors will open automatically as you approach the car.

If your key is in your pocket, then lock the doors manually before you sleep. A switch does this customarily found close to the window control panel.

Your alarm will not sound as long as the key is in the car or on your person.

Aftermarket car alarms are notoriously temperamental and can be set off by the minor thing or even be the exact opposite with barely working and only making the beep sound when activated.

If your aftermarket alarm is of the sensitive type, then sleeping in your car could be a challenge. Depending on how the aftermarket alarm has been connected into your wiring harness will determine the best way to manage the alarm.

If you have decided to sleep in your car, it will be unlikely you will be inclined to trace the wiring of an aftermarket alarm.

Assuming the Acc option has not worked for you, then you will have to take simple action.

Lift the bonnet or hood to reveal the engine bay.

Aftermarket alarms have a siren box mounted in a visible place, usually somewhere around the firewall. Making an assumption, you do not have the alarm immobilizer key with you. You will see there is a connection plug to the siren box.

Remove this connection to silence the alarm. The alarm itself has not disabled only the siren box. You may notice that your hazard warning light is flashing as if the alarm has been activated.

You can reactivate the alarm siren box when you have woken and decided to move on with your journey.

Disconnecting a battery terminal is not the best idea, and on modern cars, you may have to visit your main dealer to initialize all of the car’s systems again.

Disconnecting the battery will undoubtedly kill the alarm, but it disconnects the ECU, detrimental to the car.

Should you decide, the best way to sleep in the car is to disconnect the battery. You should disconnect the negative terminal. This will prevent sparks when you reconnect.

With the battery connected, you will have no power options such as windows, and maybe the central locking system is now also immobilized.

This is not a recommended option so think carefully before taking this step.

Check the user manual to locate the fuse box. The fuse box location will vary from manufacturer and model.

Often you will need to depress a small plastic latch while applying some outward force to remove the fuse box cover. They are very secure so pull hard on the cover.

Inside the fuse box, you will find a diagram with numbers and a description of what that numbered fuse is used for.

Find the alarm and pull the fuse. The alarm is not immobilized, leaving all other electrical circuits intact, allowing you to charge your phone, listen to the radio and operate the windows.

How Can I Get Into My Car Without The Alarm Going Off?

Once triggered, cars have many sensors, which will cause the alarm to give an audible and visual signal to alert the owner.

If your car is not opening with the remote, the battery probably needs to be replaced. Usually, the batteries are standard and can be purchased at most stores that stock a range of batteries.

Certain European vehicles have a way of opening the car without the alarm being triggered. One such German carmaker states that by opening the boot/trunk, you can open the driver’s door with the key without setting the alarm off.

I agree with you, it seems bizarre, but you may want to try this method during the day when fewer people pay attention to car alarms being triggered.

Hopefully, your neighbors will recognize you before the police arrive.

Modern cars are designed to be opened via the form or with keyless entry systems in many instances these days. Just the key on your person in the proximity of the car will unlock the doors and make the ignition available to you.

If you enter your car with the keys turned on the ignition, will immobilize the alarm system.

If the alarm is still activated, cycling the key backward and forwards in the ignition will immobilize the alarm system.

A sizable Japanese manufacturer recommends pushing the key into the door lock and turning the key twice to the right and left. The door sensors should pick up this function and immobilize the alarm.

The problem with vehicle anti-theft systems is they are all different. This is only customarily considered a problem for the car thief but, sometimes things go wrong, and we want to immobilize the car’s anti-theft system.

For instance, Ford’s alarm can be disengaged permanently with a combination of removing the battery terminals and then placing the key in the ignition to a preset point.

It’s complicated for the average car owner to take those steps.

The more you try with German cars, the whole problem becomes more complicated.

Modern cars are programmed, and most of the functions programmed in can only be changed through the OBD port or another port used by service engineers.

If you decide your car alarm is a hassle and you have a reason for sleeping in your vehicle frequently or to open your car with the car alarm going off, then approach your dealer and the service department.

Providing the dealer knows you and you have the correct registration documents, the dealer, in most cases, will act according to your instructions and immobilize the alarm system for you.

There are some other considerations to think about before immobilizing your car alarm.

If your alarm system is deactivated, your car insurance may be void, and in the event of theft and the car not being recovered, you will be left high and dry, mainly if your car is financed.

The finance will not be paid off. You will have a loan for a car and no car!

Sleeping In Your Car

Some inherent risks are sleeping in your car, so mitigate the risks and keep safe. If you are sleeping overnight, try to pick a well-lit parking area such as a service area. You may have to pay a small charge for parking overnight, but you will have the security knowing there is CCTV surveillance in operation.

If you become cold, add layers, don’t be tempted to run the engine. If the wind is in the wrong direction, it is possible the fumes could enter the vehicle through the ventilation system and cause your demise.

If you are hot, remove layers and crack the windows, don’t run the engine under any circumstances.

Car alarms are challenging to bypass, but they can be done. The best way is to make sure you have the keys and place the ignition in ACC. If you are not using the blowers for cool air, the battery life should not be affected.

Prepare for all eventualities when sleeping in your car.

Best Mattress If Allergic to Latex 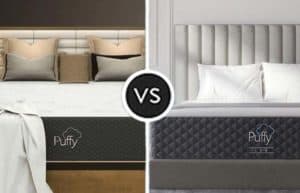