How To Sleep While Taking Cymbalta

Are you allowed to drive while taking Cymbalta? If you struggle to swallow the tablet, is if to crush the Cymbalta and take it with water?

You should not drive while taking Cymbalta. Cymbalta will make you feel drowsy, clearly a potential hazard for driving. Cymbalta can also cause blurred vision as a side effect. Do not crush Cymbalta. It may metabolize before taking effect on your body.

How can you sleep while taking Cymbalta?

Use sleep aids. You can establish a routine of taking melatonin tablets. Melatonin does not interact with Cymbalta.

A typical dose of melatonin is 1-5 mg a couple of hours before your bedtime. It’s perfectly safe to use in conjunction with Cymbalta.

There is evidence to suggest that melatonin can assist with sleep and is particularly beneficial for those over the age of 55 who have chronic insomnia. Melatonin also helps with sleep latency (how long it takes to fall asleep).

Not all supplements can be taken while using Cymbalta, so check with your pharmacists before taking them.

Can you drink caffeine while taking Cymbalta?

Caffeine has a half-life of approximately 5 hours, so it will take 10 hours to be removed from your body completely.

It’s okay to drink caffeine in moderation, but it is advisable to ditch caffeine entirely if possible when taking medication interrupting your sleep patterns.

Can Cymbalta keep you awake at night?

Yes, It’s a well-noted side effect of Cymbalta. The drug causes insomnia in some people but not all.

After a week or so, it’s normal for your body to adapt to the drug and resume your normal sleep pattern.

Can you exercise while taking Cymbalta?

Yes, but not late in the day. Exercise is great for you, and you should keep it up as much as possible, but avoid exercise late in the day when taking Cymbalta.

Exercise tends to wake the body. It increases cortisol levels and generally heightens your state of awareness and readiness.

If you want to exercise to tire yourself out, take a gentle walk early in the evening without elevating your heart rate, so you are calm and relaxed.

What will make you sleep while taking Cymbalta?

Routine. Establish a workable routine. Don’t eat late in the evening and avoid foods that may cause a stomach upset, such as spicy foods and oily foods. Eat light. Save your heavy meal of the day for breakfast.

Take a warm shower before bed, and introduce some aromatherapy oils that make you feel sleepy, maybe lavender.

Keep your bedroom dark and cool. Make your bedroom a no gadget, no smartphone zone. The light emitted from smartphones and computer screens contain blue light that makes you feel like it’s daylight messing with your circadian rhythm.

Listen to soothing, tranquil music or listen to pink noise. Pink noise is the sound that will make you fall asleep like waves gently lapping against the shore.

What are the benefits of taking Cymbalta?

Pain relief. Cymbalta was created as an antidepressant and chronic pain medication by Eli Lilly as a replacement for the ubiquitous and highly acclaimed Proza drug.

Antidepressants have been used for pain management for a very long time, and Cymbalta was found to be effective at treating certain types of chronic pain alongside the treatment of depression and anxiety.

The FDA has approved Cymbalta for the following ailments:

Does Cymbalta have side effects?

Yes. Like most drugs on the market, Cymbalta has side effects that can be debilitating, but they usually are just temporary.

Side effects usually subside over two weeks from starting to take Cymbalta.

Here are some of the side effects that will dissipate over time:

More severe side effects can be experienced, such as a heart rate greater than 100 beats per minute. You should seek immediate help from your local hospital emergency facility if this happens.

What are the worst side effects of Cymbalta?

Anything that is seriously affecting your normal function. Cymbalta is not without its problems, and in some people, these side effects can manifest in the following ways:

If you experience any of the above, seek medical advice without delay.

Is Cymbalta an addictive drug?

Maybe. Like all drugs, you can become dependent on the effects of a drug, especially if the drug is for pain management and has increased the quality of your life.

However, Cymbalta is generally considered non-addictive and safe to use, but as previously stated, it can be easy to become reliant on a drug for its beneficial properties.

Does Cymbalta change your personality?

No. However, you can experience some changes that are associated with the drug.

Some people can feel frustrated to the extent they may feel hostile toward another person who is the focus of their attention.

You may feel irritable and are not the best company to be around as you lack patience.

These effects are not permanent and may manifest themselves early in the treatment cycle or when coming off the drug.

Has anyone had a good experience with Cymbalta?

There is always a section of people who react negatively to a drug, and it’s up to your doctor to find something better suited for your personal needs.

What Crystals Help With Sleep? 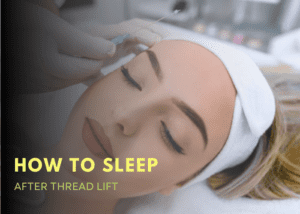 How To Sleep After Thread Lift 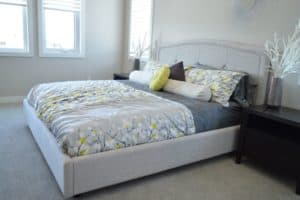 How Much Does a Box Spring Cost?