How To Sleep After Waking Up

Do you wake during the night and find it hard to get back off to sleep? How do you get back to sleep after your sleep has been disturbed?

If you wake during the night, keep your lights off, you may need to stand for a short time and move around. Avoid switching your phone on or any other screens. To get back to sleep, think of something boring or being on a beach with the sound of the ocean in the background.

How can I fall asleep immediately after waking up?

Think of something mundane and uninteresting. This can make you fall asleep quickly.

At some point in your life, you will have bouts of restless sleep from dreaming or just waking inexplicably in the middle of the night.

Finding a way to sleep after you wake up during the night can be difficult, and you find yourself fatigued the following day due to interrupted sleep.

Is there anything you can do to prevent waking during the night? Well, you should assess your health. Do you have apnea or any other breathing difficulties that you know of?

Underlying health issues could be why you wake for no reason. Is your circulation good? If waking during the night is a nightly event over time, it may be worth mentioning it to your doctor.

Waking after a nightmare can be pretty traumatic, as dreams can be vivid and seem very real.

How do you ground yourself after a nightmare?

If your nightmare freaks you out, you may want to sit on the side of the bed and reestablish a reality in your life. Nightmares can seem very real regardless of how obscure and ridiculous the content of the nightmare is.

How do you sleep after a nightmare? Put a bedside light on to orient yourself and establish where you are in your bedroom. Taking your thoughts away from the nightmare may help to make a warm drink and sit for a while to relax.

Tell yourself everything is ok and it’s all a bad dream. Some nightmares can leave you feeling confused and dazed with a racing heart.

Listen to some of your favorite calming music if needed, in essence, try to divert your thoughts away from the nightmare.

When you feel relaxed, go back to bed and try to sleep again. If having a little light in the room helps, you could leave a door ajar with a bathroom light on for extra reassurance and comfort.

Why do nightmares happen?

Many times it’s hard to say, everything can be going swimmingly well in your life, and then out of the blue, a weird but realistic nightmare comes along.

However, nightmares are associated with high-stress levels. Maybe you are under pressure at work to achieve results and feel overwhelmed.

The loss of loved ones or an illness within the family can be highly unsettling and trigger a nightmare. The nightmare may not be related to your anxiety but can represent an actual conflict or struggle in your life.

Finding a way how to sleep after waking could be the subject of nightmares for many people. It’s so frustrating to lay in bed knowing you need to wake in a few hours to start a new day.

What foods cause nightmares?

There is evidence and scientific reports that certain foods can trigger nightmares. Most people have heard that cheese can be a nightmare trigger as it affects amino acids!

However, research suggests that many other foods can trigger nightmares, such as spicy foods. Eating spicy foods as your last meal of the day can have many consequences.

In the study groups of people who reported nightmares after eating a certain food, 12.5 % reported that pizza is a trigger for nightmares! You could assume pizza uses a fair amount of cheese, which could be why.

What you have assumed as perfectly acceptable to drink to help you sleep at bedtime could trigger your nightmares.

We are all different, and if your nightmares are frequent, keep a diary of your diet and see if a pattern emerges.

Does sleeping on your stomach give you nightmares?

Studies indicate that sleeping on your stomach does not necessarily give you nightmares, but it produces more vivid dreams and dreams of a sexual nature.

While some of you may now adopt a new sleeping position, sleeping on your back is the worst sleeping position for nightmares. It is also reported that back sleepers have a harder time recalling dreams.

What is the healthiest sleeping position?

Is it possible to sleep at night after sleeping all day?

Yes, for some people, hypersomnia is a real problem. It’s a medical condition where you find it hard to stay awake, so some people sleep all day and all night with only short walking intervals.

Can you find a way how to sleep after sleeping all day? It’s not going to be easy because the average person only needs 7 hours of sleep per day, so if you slept in all day, you might be out of luck when it comes to sleeping through the night. 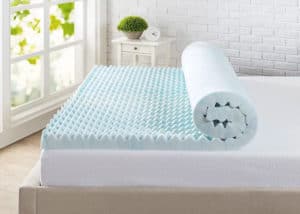 Can You Use Mattress Foam For Soundproofing? 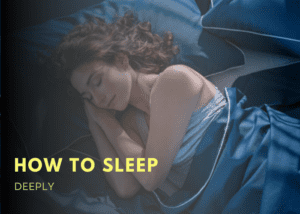 How To Sleep Deeply 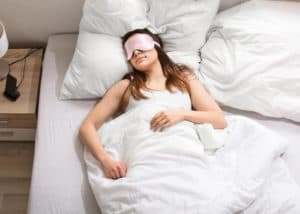 Are Sleep Masks Bad For Your Eyes?