Can You Sleep In A House After Polyurethane?

Should a polyurethane installer warn you of the dangers of breathing in the toxic fumes from polyurethane? Should you be advised to vacate the premises for a few days?

When can you sleep in the house after polyurethane?

It will depend on how many rooms and the size of the rooms that have had polyurethane applied.

At a minimum, you will need to be out of the house for 3 to 4 days. If the application area is large, it would be better to stay away for at least 7 to 14 days and longer if possible.

How long are polyurethane fumes toxic?

5 to 7 days after being applied. Polyurethane may make your floors look incredibly shiny and well kept, but the truth is the fumes from polyurethane are extremely dangerous and should be avoided at all costs.

The odor from polyurethane can last up to a month after being applied. It’s essential to keep the room ventilated and avoid inhaling the fumes.

Is it OK to breathe polyurethane?

No. Polyurethane fumes are toxic and dangerous, especially to people in vulnerable age ranges, such as children and the elderly.

Breathing the fumes from polyurethane can cause a headache, nose and throat irritation, vomiting, dizziness, and, if allowed to accumulate in the body, will affect the brain’s central nervous system. High exposure to polyurethane fumes can impact your bone marrow.

It should be done in a well-ventilated room or, better still, outdoors whenever applying polyurethane.

Can I stay in my house while the floors are refinished?

It is not advisable: Polystrate off-gases volatile organic compounds (VOCs) during the curing period. The VOCs are toxic to humans and animals, and great care should be taken not to breathe VOCs in.

The odorous nature of polyurethane makes it hard to stay in your home when it is being applied to large surface areas such as wooden floors.

You may try to isolate the room where polyurethane has been applied, but you will find the odor will permeate its way around the house, making a living and sleeping intolerable.

How do you get the polyurethane smell out of your house?

It needs to off-gas naturally and then vent from the rooms. There are many old housewives’ tales of how to remove odors from a room, such as placing bowls of water in a room with sliced onion.

Or a bowl of charcoal. While some of these remedies may have some merit for removing slight odors, they will not remove the odor of polyurethane.

Moreover, these types of remedies will not remove the toxins from the air in the room and should not be used.

The only way to remove the odor from a room is to open windows and doors, which may be difficult as you do not want dust or bugs sticking to the floor.

Can you get sick from polyurethane?

Yes. While polyurethane is off-gassing, the toxic odors can cause a myriad of symptoms, including asthma, throat irritations, eye irritations, nausea, vomiting, and much more.

You may read that polyurethane is not toxic! Well, it can be attributed to being a cancer-causing agent, so it depends on your definition of toxic and what you choose to believe.

There are not many substances that are considered non-toxic that cause asthma, migraine, throat irritations, and all the other things that can happen if exposed to polyurethane for long periods.

How do you ventilate polyurethane?

Open windows and use a fan to circulate the air in the room. Ventilating a room is a simple process under normal circumstances, but you have to appreciate that dust particles and other airborne debris will stick to the polyurethane surface.

Open internal doors and windows in other rooms, and use a fan to keep the air circulating. This is possibly the best way to ventilate the room while keeping the possibility of dust and debris to a minimum.

Yes, with an ignition source. It is important to ventilate the room where the polyurethane is being applied and to understand that in high enough concentrations, a spark from a light switch would be enough to ignite the fumes from polyurethane and cause an explosion.

If you have a fire or explosion associated with polyurethane, the polyurethane will emit dioxins, some of the most toxic elements on the planet.

However, if you take precautions to mitigate the risk of igniting polyurethane vapors, you will be safe.

Should I wear a mask while using polyurethane?

Yes. While it is advisable to wear a mask when applying polyurethane, you must use the correct mask.

VOCs are gases, so a particulate mask will only stop particulate to micron size of say 5 microns and nothing more.

VOCs are much smaller than 5 microns, and you would need to buy a mask with, say, an activated carbon filter to absorb the gases from polyurethane.

Is polyurethane finish Safe for Babies?

Yes, when cured. Babies are sensitive, so do not expose a baby to polyurethane fumes, it could cause serious issues.

If the polyurethane has hardened and there are no small particles in the room, then the room is safe for newborns. 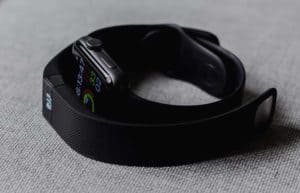 Is It Safe To Wear A Fitbit While You Sleep?

Can You Use Mattress Foam For Soundproofing? 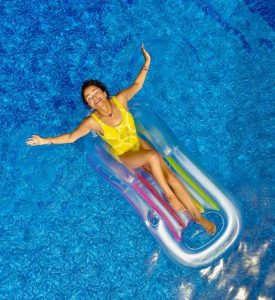