What Time Do Prisoners Sleep?

Do prisoners have a strict sleep routine, or can they sleep whenever they wish? Do prisoners need to get out of bed early?

Prisoners have schedules to follow, which change depending on the prison. However, the lights out are usually at 11 pm. Prisoners get up early, and the lights come on around 4 am for those who need medication and those traveling within the judicial system that day.

Why do prisoners wake up so early?

In many cases, it has to do with head counts and shift changes. For most prisoners, the daily routine is monotonous, so waking early for an officer shift change can be the only source of interest they may have in the day.

Some prisoners work as cleaners and have mundane jobs that may include cleaning the yard, and they can find themselves pushed out on the yard come rain or shine in some prisons.

On an average day, a prisoner can sleep whenever they wish if they are not assigned work for that day.

Do the lights get turned off at night in prisons?

The lights are dimmed. Around 2100 hours, prisoners have a recreation period for a couple of hours. They are permitted to watch television, play board games like checkers, or write letters home to family and friends.

At 2300 hours, the inmate is locked down for the night, either in a shared call or dormitory in minimum and medium-security prisons.

The lights are dimmed but never completely switched off to total darkness to reduce the risk of security breaches.

Why are there no pillows in jail?

It’s not a hotel and is designed for comfort. Prisons are functional establishments that are designed to punish and educate prisoners who will at some point be released back into the community.

Pillows are not supplied because they are a potential hiding palace for prison contraband. The mattresses are also designed, so it is hard for anything to be easily hidden and potentially be used as a weapon.

There are also budget constraints that are considered, and prisoners bear the brunt of tight budget controls.

Is it hard to sleep in jail?

Until you adapt to prison life, sleeping is hard. The fact is you are inevitably sleeping with criminals who have violent offenses under their belt, and they are serving incredibly long sentences. Who knows what could happen at any time.

Prisoners in dorms and shared cells can be attacked at night for menial discrepancies, and the code of omerta prevails, so you best not snitch.

The lots are never off. If you need complete darkness to sleep, prison is not the place for you.

If you hate cockroaches, welcome to the kingdom of the roach, and guess what they come out to play at night.

According to the sheriff’s office, it is to accommodate prisoners on transfers and prisoners on court appearances.

Some prisoners may need to be transferred hundreds of miles to a courtroom for a trial or preliminary hearing, so the guards must comply with the courts and get there on time.

Other inmates may need to have medications at precise times, so an early start to the day is needed to make sure everything is done on schedule.

Plus, it’s the time of the shift change for guards, so there is a lot of activity anyway, preventing you from sleeping.

However, generally, your wake-up time will be 0600 hours which is a more reasonable time to wake up and start your day.

Below is a timetable for a typical prison regime based on security levels. You can see the days are scheduled to be the same:

Do criminals have insomnia?

Yes. It is reported that around 60% of all prisoners have insomnia that the prison system has created.

For many prisoners, sleeping can be the subject of nightmares as they are surrounded by aggressive prisoners who can be impulsive and act without thought.

Mental health care is a real issue in prisons, and insomnia only adds to the problem.

Is there any light in solitary confinement?

Yes. If you find yourself in solitary confinement or the shoe, you will spend most of your time banged up in a 60 to 80 square feet cell. Often the cell will not have a window, so you will be deprived of natural light.

You may even be on suicide watch and being checked every 30 minutes or more.

You will live your life in solitary and do everything in the cell, including using the bathroom, eating, and sleeping. Depending on your offense, you could be there for some time to come. 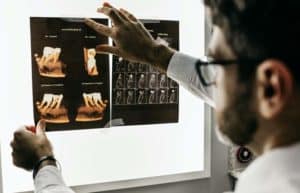 How To Sleep After Wisdom Teeth Removal 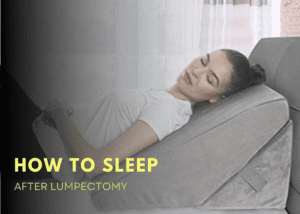 How To Sleep After Lumpectomy 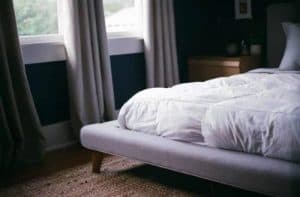