Is It Safe To Wear A Fitbit While You Sleep?

Are you exercising during the day and wonder what’s happening to your body when you sleep? Are you sometimes fatigued for no good reason?

You can wear your Fitbit while you sleep, and you’ll need to wear a snug strap. After an hour of inactivity, the Fitbit will recognize you are sleeping.

Let’s jump in and find some answers

What Does Fitbit Record When You Sleep?

Why you should consider wearing your Fitbit as a sleep monitor and if the benefits are really of any tangible use.

Exercise is a science, and if you want to achieve superhuman-like standards or you’re just starting on your journey towards being fit and healthy, you may have the question: should you monitor your sleep?

Your fit bit will monitor your pulse through the night, which will record if you have specific bouts of elevated pulse rate at regular intervals. This could indicate you are having a fearful nightmare.

However, some increases in heart rate while sleeping have sinister undertones and could indicate that your oxygen levels are decreasing.

Sleep apnea causes you to have reduced oxygen, as a consequence are heart rate spikes. Many of us are unaware we have sleep apnea, causing us to be fatigued when we wake.

If you are wearing your Fitbit when sleeping, you have an interest in your overall health.

The mechanics of a spoke in heart rate when sleeping is fundamentally simple and is worth knowing.

If your oxygen level drops, your rate beats faster to try and compensate for the lack of oxygen in your blood.

The problem is the blood is deoxygenated, so the heart beating faster and faster is not helping. At this point, the autonomic nervous system kicks in and provides a blast of cortisol to wake us and gasp for air.

This can happen dozens of times every night, and long term can be detrimental to your health if not outright dangerous,

All of this is happening in milliseconds, and we rarely wake during this process. However, Fitbit has recorded low levels of oxygen and an elevated spike in heart rate.

If this is information you should know or would like to know. It proves that Fitbit is an invaluable tool with other sleep trackers.

What Else Is Fitbit Tracking While I Sleep?

You can find sleep patterns in the Fitbit app. Sleep patterns can vary from night to night for various reasons, such as the amount of light entering the bedroom or the temperature of your bedroom.

Excessive movement is also discerned, which renders your sleep insufficient and not restful. All valuable information if you are trying to achieve the pinnacle of your chosen sports.

Yes, this is the primary function of wearing Fitbit while sleeping to record sleep stages.

What Are Sleep Stages?

When we sleep at night or anytime, we typically go through sleep stages. I’m sure you have heard of REM sleep or rapid eye movement, which is one of the sleep stages.

You go through multiple sleep stages every night during what is considered standard sleep patterns, and these patterns tend to last 90 minutes in duration.

In each sleep pattern cycle, you will flip between two sleep patterns: light sleep and deep sleep, where there is less brain activity.

Deeper sleep is frequently found in the early stages of sleep. That’s why if we are woken during deep sleep, we wake feeling awful and somewhat confused as we regain all of our senses.

Fitbit even records REM sleep when you are most likely to dream!

How Does Fitbit Track My Sleep?

Unlike other systems for sleep tracking that are done in a lab using an electroencephalogram that detect your brain activity together with muscle outputs, the Fitbit offers a clever cheaper way of accurate sleep monitoring.

Don’t get me wrong, sleep labs are the gold standard, and if you have a significant issue with your sleep, you should seek the help of a medical professional.

Fitbit uses a combination of outputs from your body while you are sleeping. A close approximation is made of these outputs that tell Fitbit when you are sleeping and at what stage of the sleep pattern you are in.

These recorded outputs include your heart rate, blood oxygen levels, and movement such as changing sleeping positions.

The algorithms used by Fitbit correlate all of this information to provide you with meaningful data.

In the absence of a sleep lab, you can consider the data accurate and provide you with a good picture of what’s going on with your body while you sleep.

Naturally, some of the technology is essential such as pulse and blood oxygen, even movement sensors. It is the way the information is put together that genuinely makes Fitbit worthwhile.

Fitbit has been collecting data about sleep and has produced benchmarks for you to use a comparison over a thirty-day pattern.

This function is helpful and somewhat reassuring as we wonder where we fall on a scale of achieving standard sleep patterns through the night.

Have you ever experienced your alarm going off, and you just know it’s not the optimal time for you to Wake?

This is just an unavoidable part of our lives for some of us, but if you want to get the very best out of your sleep, you can use the Smart Wake function on your Fitbit.

If your device supports Smart Wake, consider turning it on and be woken at the best time for you during your sleep pattern.

Smart Wake attem[ts to wake you within 30 minutes of your actual alarm setting. If you are changing from deep sleep to light sleep, Smart Wake will identify this period in your sleep pattern and wake you at this point.

Smart Wake only gets activated 30 minutes before your scheduled alarm so that you won’t be woken in the middle of the night.

Tips For A Good Night’s Sleep

Take a relaxing warm bath with your number 1 soap choice for bubbles? Warm baths are relaxing, so take your time. The warm bath will help to soothe those sore muscles and disperse lactic acid build-ups.

The bedroom temperature is an essential factor when you are trying to sleep. If the room is hot, you become restless and overheat.

Essential oils are the perfect way to relax, and lavender oil is renowned for its therapeutic sleep effects and shouldn’t be overlooked as an excellent tool to get you to sleep quickly.

Place the essential oils onto cotton balls and place them around the bedroom for maximum effect.

We all know that reading in bed makes our eyes feel heavy and is conducive to sleep. Choose a book that has a relaxing tale to tell. Your favorite workout magazine would also be a perfect choice.

The use of calming music in the bedroom is very relaxing. There are some great soundtracks online, like the gentle sound of lapping waves along the shoreline.

Or rain hitting the windows, these rhythmic sounds make us forget the day’s worries and drift off into a deep sleep.

It’s mentioned at the start of this article there is a little controversy associated with wearing any fitness device for long periods so let’s not point the finger at Fitbit.

The controversy is centered around whether exercise devices worn on any part of the body emit an electromagnetic field (EMF), which can be detrimental to our general health over time.

There are suggestions that EMF can affect sleep quality and negate the hard work while exercising throughout the day.

It is hard to dispute that EMF exists, and high emissions of EMF can be detrimental to the body.

However, with most of us using Bluetooth gadgets around the house and not forgetting the ubiquitous cell phone and cell phone masts, we need to accept that EMF permanently surrounds us.

This does not mean we should ignore EMF, but the truth is that a Fitbit flex worn 24/7 barely emits any significant EMF compared with EMF emissions in the background. 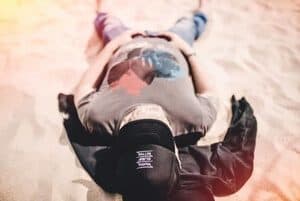 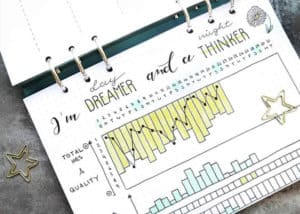 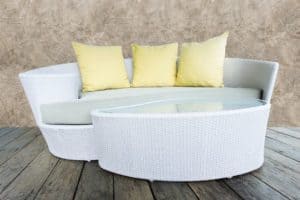 What Is A Bamboo Pillow Made Of?