Can You Go to Sleep After Taking Ibuprofen?

Are you worried about taking Ibuprofen before bedtime? Millions of people take Ibuprofen every day without problems.

Ibuprofen is a non-steroidal anti-inflammatory drug used for pain management. You can sleep after taking Ibuprofen without problem in most cases. Ibuprofen interacts with a lot of other drugs and, therefore, should be taken alone.

Is It OK to Take Ibuprofen Before Bed?

Yes, but there are some things you need to know. Ibuprofen interacts with many other drugs that could cause you problems, like negating the effects of a more critical drug such as an ACE inhibitor to control your blood pressure.

If you are looking to take Ibuprofen as a sleep aid, this is the wrong drug. Ibuprofen’s primary function is to block pain and not induce sleep.

However, Ibuprofen can have side effects, and feeling drowsy is a side effect that some of you will feel.

Is it Okay to Lay Down After Taking Ibuprofen?

In most cases, yes, but you must take Ibuprofen with plenty of water. There are some rare reports where the Ibuprofen pill has become lodged in the esophagus, also known as the gullet, causing burning.

This is very rare, but you should know Ibuprofen, despite being ubiquitous and available over the counter, is not a harmless drug.

One of the significant side effects of Ibuprofen is gastrointestinal issues. Ibuprofen and other NSAIDs (non-steroidal anti-inflammatory drugs) are corrosive and should be taken with care.

Does Ibuprofen Keep You Awake at Night?

In rare cases, Ibuprofen can keep you awake as a side effect. Most over-the-counter painkillers have caffeine in them as a filler. Although caffeine is a stimulant, the quantity is insignificant and is more likely to wake you to use the bathroom as it’s a diuretic.

There is a study on NSAIDs that suggest after 3 nights, sleep is improved. However, Ibuprofen is not a drug you can take long term and should only be used for extended periods with a doctor’s permission.

What Happens If You Lie Down After Taking Ibuprofen

It is generally safe to lie down after taking ibuprofen or other over-the-counter pain medications. Lying down can help you relax and may even make it easier for the medication to take effect. However, it is important to follow the instructions on the medication label and to take the recommended dose.

If you are taking ibuprofen or any other medication for the first time, it is always a good idea to consult with your doctor or pharmacist to make sure it is safe for you to use and to discuss any potential side effects or interactions with other medications you may be taking.

If you experience any unusual symptoms after taking ibuprofen or any other medication, you should stop using it and consult your doctor for further evaluation and treatment.

How Long Should You Sit Up After Taking Ibuprofen?

It’s not entirely necessary to sit up after taking Ibuprofen, and you should take Ibuprofen with plenty of water to avoid the tablet from becoming lodged. Once in your stomach, Ibuprofen dissolves pretty quickly.

If you are concerned, allow 30 minutes; if you are not experiencing any stomach issues, it is perfectly safe to go to bed and lay down without fear.

Ibuprofen and NSAIDs have side effects, and sleepiness is not generally one of these. However, some people do report feeling tired and groggy the next day after taking Ibuprofen.

Ibuprofen is an effective pain management method, but it’s not suitable for everyone. This seemingly innocuous drug has many side effects, so you should always follow the instructions on the label before taking it.

If you experience side effects, you should see a doctor immediately who can prescribe a painkiller more suited to you. 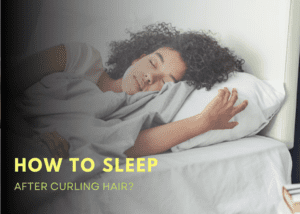 How to Sleep After Curling Hair? 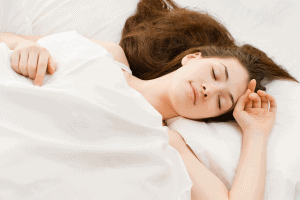 How to Sleep with Intercostal Muscle Strain 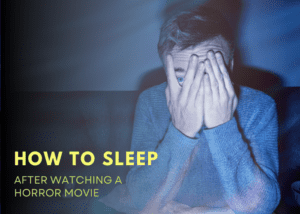 How To Sleep After Watching A Horror Movie